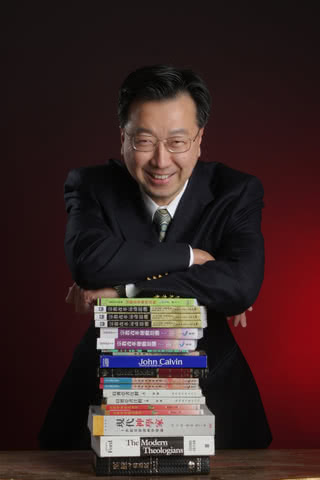 The graduation ceremony of the class of 2017 was held last November. Prof. Stephen Chan, alumnus, of B.D. 1989, honoured the occasion as speaker. He had furthered his studies in the U.S. and was awarded M.A. and Ph.D. by the University of Chicago. Since 1996, he has been teaching in its Theology and Religious Studies Department. As Associate Professor, he specialises in World Religions and Theology.

Stephen’s father was a marine captain from Chaozhou and on the teaching staff of Ocean University. In 1949, with the victory of the Chinese Communist Party, the People’s Republic of China came into being. The marine captain fled to Keelung, Taiwan, where he met his future wife. In 1959. Stephen was born of the couple. Subsequent moves found him in Hong Kong in 1967 and the U.S. in 1989. According to Stephen, his mother was an active participant of the stock market, especially the futures. Charts and figures were all over at the Chan home. “I heard about Chicago from my mother, where the world’s biggest futures market operates.”

Unable to accept the language policies of Taiwan schools, Stephen’s father moved the family to Hong Kong. He wanted his son to learn English rather than only Japanese and Chinese. So one day, thinking he was being taken to a summer school, Stephen found himself in Hong Kong instead, with only a few books with him. “I always sang Taiwanese songs and saluted the Republic of China flag with the attributes of Blue Sky, White Sun and a Wholly Red Earth. And now the U.S., for nearly 30 years. I feel indifferent to mainland China.” These multiple identities construct the present Stephen.

American evangelist Billy Graham came to Hong Kong in 1975. Stephen was converted in one of his rallies. A summer camp experience led to deep commitment to God’s service full time. With only a high school certificate, Stephen had to content himself with the goal of being a ministry worker and attending a few seminary extension courses. “At the time, theology courses are mostly designed for university graduates, not secondary school finishers.” To equip himself, he began, on his own, reading the works of Kant, Plato and Augustine. And, by the time he was admitted to the Theology Division of Chung Chi College, he had finished reading all the publications of its teachers, including their dissertations.

The list of theological institutions Stephen has associated with is long: a bible school, China Graduate School of Theology, Concordia Theological Seminary, and the Divinity School of the University of Chicago. “In total, I have taken church history 4 times and systematic theology 3 times, each with different perspectives of course.”

“There is no correlation between theological studies and personal beliefs. I came from a church with fundamentalist and evangelical background. But it was not difficult of me to choose coming to Chung Chi.” He half jokingly talked about his need to learn new things and to deal with denominational differences. “My teachers labelled me a spy.”

Stephen was no different from students of today. He took courses offered by renowned professors and stayed away from those other students avoided. Looking back, he now sees that had he and his peers been more open-minded, students could have benefitted much more from teachers, one and all. “Old Testament Studies was the subject I had wanted to escape from. As it turned out, Prof. Archie C.C. Lee turned me around and enabled me to see my blind spots.” As alumnus, Stephen advised students not to have prejudice towards any teachers or subjects. “Be open. Stay curious.”

Stephen observed most students want to study with professors whose expertise and interests parallel their own, believing that in this way, students could get help and benefit more directly and easily, particularly with their dissertations. But that was not his experience at the University of Chicago, and fortunately so, Stephen observes. “Expect the unexpected, both spiritually and academically. The subject or field you looked down upon might well become your future research interest or the breakthrough point of your dissertation.” Stephen encouraged students to explore beyond set boundaries.

Theological studies in Chung Chi and the University of Chicago

“Dr. Daniel Chow practised Tai Chi every day outside the Theology Building. I took advantage of it to discuss with him minute issues of the synoptic gospels. The small scale of the Theological Division in the 1980s flourished teacher-student ties. This was also the case with Chicago. For me, the Divinity School of Chicago University is an extended version of Chung Chi.” Stephen credited the Chung Chi teaching approaches with preparing him for further studies in Chicago.

Stephen is nostalgic of his doctoral studies days. “We were ten with Prof. David Tracy and met every Monday in his home to report on current findings. The Professor would always had 2-3 French cakes there with 5-10 bottles of red and white wine. We could hardly remember what everyone had said by the time we finished, because we all got drunk.” Doctoral students were assigned by the professor specific topics like: Holy Spirit, Christology, in the works of Catholic and Protestant scholars and philosophers, for example: Karl Rahner, Bernard Lonergan, Johann Baptist Metz, Paul Ricoeur, Jurgen Habermas, Karl Barth, Paul Tillich, Jurgen Moltmann. “Our reports often shared similarities because we sometimes chose the same scholars dealing with the same topic.” With Stephen, the Chicago school essentials are crucial: methodology and the interactions of modern context, theological classics and traditions.

In the School’s 2017 graduation ceremony, Prof. Chan spoke about the uniqueness of Hong Kong society, particularly its hybridity. The speaker at the podium, of course, is no less unique. Originated from Shanghai and Chaozhou, came from a church fundamentalist and evangelical, studied theology in seminaries with multiple denominational background, born in Taiwan, grew up in Hong Kong, studied and worked in the U.S. Like our city, the professor is no less unique.

“Degree. Knowledge. They are not equivalent. The knowledge Dr. Philip Shen acquired throughout his life is far more than the degrees he earned.” Herein lies the message Stephen is giving to students: Never stop learning.